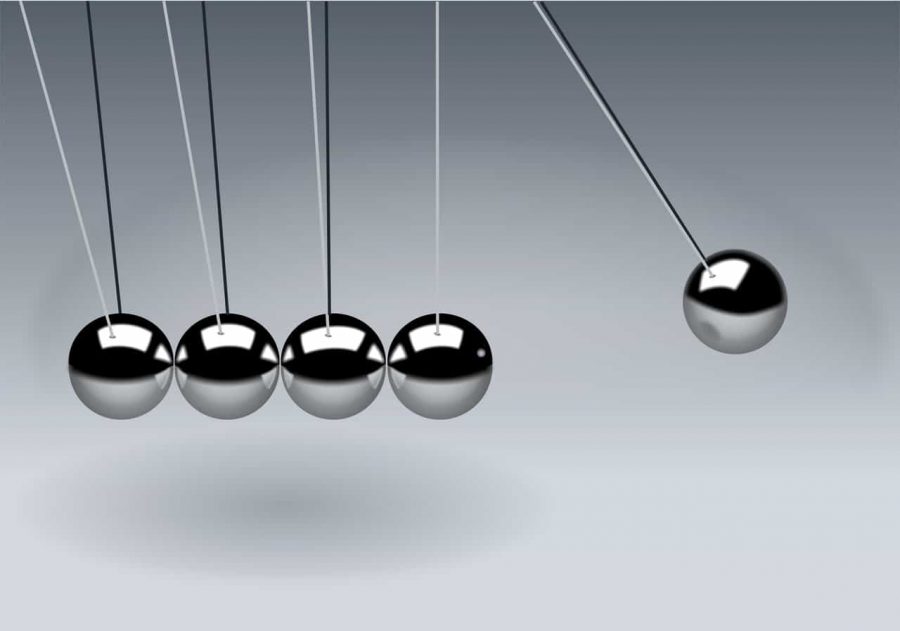 Nothing can travel faster than the speed of light.

Most people with a smattering of scientific knowledge know this critical speed limit. They may even know that it is a necessary rule in Einstein’s reworking of Newton’s universe.

Nothing can break this speed limit because as something gets close to the speed of light its mass begins to increase. As its mass increases the amount of energy required to increase its speed rockets upwards towards infinity and, at the edge of the speed of light there is simply not enough energy in the universe to accelerate the infinitely massive object over the light speed limit.

Up until 1935, this notion of locality, of a speed limit, fit observed phenomena and all of the thought experiments the world’s best physicists could come up with. By 1935, the action and Nobel Prizes in theoretical physics had shifted away from Einstein’s relativity to the weird world of quantum theory.

Quantum theorist Niels Bohr, famously remarked “Anyone who is not shocked by quantum theory has not understood it.” Albert Einstein for one was shocked to discover that quantum theory implied what Erwin Schrödinger, of popular dead/not dead cat fame, referred to as “entanglement”. Einstein wrote a hugely influential and very controversial paper suggesting any theory which implied entanglement had to be incomplete. He saw entanglement as implying action at a distance and simply too weird to exist in Nature. (“Einstein has once again expressed himself publicly on quantum mechanics…As is well known, everytime that happens it is a catastrophe.” wrote Wolfgang Pauli.)

Einstein was wrong. Nature really is that weird.

Amir Aczel is a mathematics professor with a talent for taking really complicated bits of mathematics and physics and trying to make them intelligible to interested lay people. His very successful Fermat’s Last Theorem proved even esoteric issues in mathematics can make compelling reading. With Entanglement Aczel takes a huge risk: simply explaining what physicists mean by “entanglement” is enough to make your head hurt. But here goes, I quote Aczel,

“For example, two photons emitted from the same atom as its electron descends down two energy levels are entangled. (Energy levels are associated with the orbit of an electron of an atom.) While neither flies off in a definite direction, the pair will always be found on opposite sides of the atom. And such photons, produced in a way which links them together, remain intertwined forever. Once one is changed, its twin – wherever it may be in the universe—will change instantaneously.”

To Einstein instantaneous change across the universe was absurd. It had to be wrong because it violated the one essential principle his theory of special relativity required: nothing could travel faster than light.

The direct implication of quantum theory was that something instantaneously changes the state of one entangled photon to exact state of the other even if the other was a billion miles away. This “spooky action at a distance” which troubled Einstein.

As Aczel details, Einstein’s error gave rise to a series of mathematical speculations and then physical experiments to determine if the light speed limit or entanglement were right. The critical theoretical work was done by John Bell, a Belfast born particle physicist whose interest in quantum theory was more or less a hobby. Bell recognized the predictions of quantum mechanics and Einstein’s speed limit could not both be true and suggested an elegant mathematical construct which could, in principle, be tested experimentally to find out which was right. Aczel describes “Bell’s inequalities” but the real action lay in the experiments.

To test the reality of entanglement meant, in outline, creating entangled entities, splitting them and then changing the state of one part of the entity and seeing if it effected the state of the other part.  But the experiments also had to ensure that there could be no local, sub light “chatter” as between the various pieces of the experimental apparatus. In the early 1970’s researchers began to build apparatus which definitely confirmed that quantum mechanics are “non-local”, that information is somehow passed faster than light could travel. But these experiments, while suggestive, were not utterly conclusive. And if you want to prove Einstein’s speed limit is wrong you need knock down evidence.

As a graduate student Alain Aspect, performed three experiments using lasers to “pump” calcium atoms so that they gave off a steady source of pairs of entangled photons. Aspect’s apparatus changed the polarity of one photon and detected the instantaneous change in the other. And, using a switch which could alter the state of a polarizer in less than 43 nanoseconds, Aspect was able to change the apparatus while the photons were in their 13 meter flight. Each of Aspect’s experiments provided rigorous confirmation that entanglement was real and that there was no purely “local”, that is sub-light speed, phenomena, hidden variable or signal which could account for the instantaneous transformation.

In the early 1990’s a Swiss scientist, Nicholas Gisin, arranged what stands as the final confirmation of the reality of entanglement and thus action at a distance. He set up an experiment using a sixteen kilometer fiber-optical cable. On this apparatus a signal from one photon to another informing it of its state would have to travel 10 million times the speed of light. Which means it is now certain entangled photons are not communicating with each other. Instead, paradoxically, they are simply in touch.

This is where my brain began to sweat hard. Because the implication of the entanglement experiments is not only that the Einsteinian light-speed limit is void but that the entire notion of physical separation is a fiction. Or at least I think that is what the experiments imply.

To a degree Aczel is defeated by the sheer oddness of the material he is dealing with. Defeated by the fact the concept of entanglement does reckless damage to our day to day sense of how things work. Like Einstein we tend to believe that what we see and what we can measure is real. But at the quantum mechanical level measurement is voided by the uncertainty principle: merely by looking we change the outcome.

Reading Entanglement I kept thinking I actually understood the concepts only to realize, a page or two later, that I had entirely missed the point. This is not Aczel’s fault. He has written without diluting the truly bizarre and unintuitive implications of quantum theory generally and the weird facts of entanglement in particular. It is a book which I’ll keep rereading and referring to for a long time; but I doubt I will ever actually accept this strange probalistic world.

I console myself knowing Einstein didn’t accept entanglement either – and he could do the math.

You can buy the book HERE which is available in Hardcover and Audiobook version.