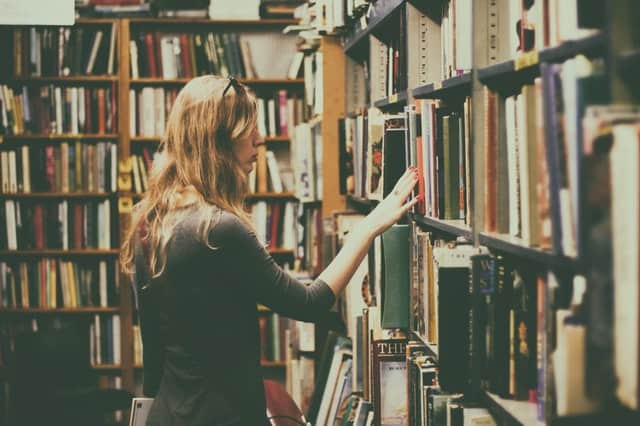 A book by Margaret Gunning

Where many first novels are about growing up and getting out of small towns as fast as possible, Margaret Gunning’s Better than Life is about the sort of people who stay. They led everyday lives, are convinced that the Kentucky Fried Chicken opened in the Centennial Year is simply the best thing in the world and they gossip.

Min’s children give the town lots to gossip about.

Statuesque Eileen Connar, knocked up by the town’s only writer and married off to one of its two nancy boys to hide the scandal, now on her fifth marriage with her eleventh child up the spout herself has steeled herself to the buzz of disapproval which greets her in every store and café. Min’s twins, Dwight and Barlow, live as refugees in Hogansville just down the road, married to sisters. They had, or so the story goes, “been driven out of Harmon by that awful sot of a brother, that Aubrey who wasn’t even married.”

Gunning gets the warm glaze of gossip as it winds around Harmon from Guillaume’ Belgian bakery, “social nucleus of the entire community which wasn’t really Belgian at all.” It’s the same gossip Min has been hearing all her life.

The mainspring of Better than Life is the arrival in Harmon of a rather fine young man named Bob who, while a good deal cleaner than the hippy kids who have taken over the town park, and a hard worker to boot, is very much a child of the sixties. Spouting Kilhal Gibran, Bob is charming, into macrobiotics and just charismatic enough. The Reverend Ninian Sanderson over at St. Andrew’s United cautions his congregation to beware false prophets. Just as he is telling them to “Rigorously question the motives of anyone claiming to have holy powers…” in walks Bob. The congregation is moved to tears by a perfectly ordinary hymn. As Gunning puts it, “They had so wanted to believe in Bob. A distant, too-exalted Christ was so hard to hold on to.”

While Bob is a remarkable carpenter and shakes some of the town people out of their ruts with a combination of common sense and the sense of possibility, he is not the Son of God. He has enough troubles of his own.

Gunning, perhaps as a result of having reviewed literally hundreds of Canadian novels, has a resolutely light touch. She gets on with telling her story without a great deal of authorial meditation or flowery description. Which is exactly right for the rich roster of characters who have to chose between the delights of Min’s ninetieth birthday reunion and the revived Horgie Days down in Hogansville, replete with Bobby Gimby (“One little, two little, three Canadians” was beaten into my innocent elementary school head as surely as it was into Gunning’s”).

Better than Life is a delightful celebration of acceptance. Min’s 90th is full of surprises, not all of them pleasant, but all drawn from the first things of a life well lived: children, marriage, love and redemption. Min sits on her throne, “as heavily made up as Barbara Cartland”, presiding over the Connar clan, watching ancient feuds being replaced with new ones and knowing the dance of life will continue long after she’s gone.