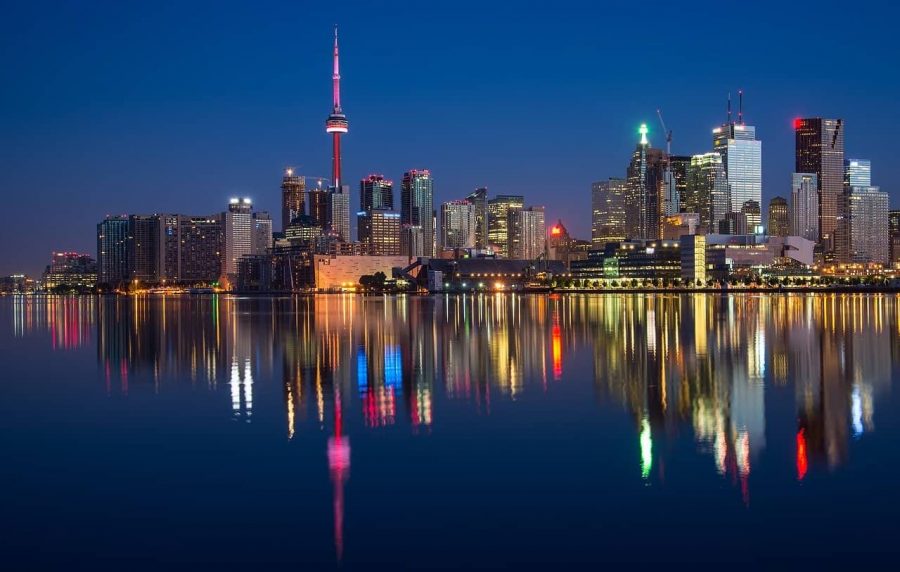 Mike Tanner’s first novel is funny, full of life and remarkably original. There is more than a hint of early Tom Robbins as quatrains from the Rubaiyyat of Omar Khayyam are posted on lamp posts in downtown Toronto. Or when Martin, a philosophy PhD temporarily employed as a kindergarten teacher, “got himself an airhorn, which he pulled from his bag and blew the following morning when he appeared among the whirling, shrieking mass of tiny bodies. The sound was deafening, and its effect immediate and dramatic: the noise stopped, and the kids looked at him with wide eyes, startled, curious and with a new respect.”

Tanner introduces hiss characters at a corner table at the Horse and Groom, an imaginary Toronto bar. They are a bunch of disparate people get together Thursday nights to listen to Johnny Raccoon and his band play covers and some original material. They’re in their late 20s, early 30s: well educated, some married, most not, employed gainfully, but not gleefully.

Brewmaster Bill jots notes for a book as he works at the U-brew Palace. Susan Harris wonders whether five-inch heels and switching her name to Susie will help her snatch Drake Liedermann, an aspiring film director, from the ample embrace of Tracy the waitress. Most of Tanner’s characters are putting in time waiting for the last step to adulthood. Some have been waiting for a while.

Tanner’s characters are struggling with the question that lies at the threshold of maturity: “Should I settle for this?” At 40, Johnny Raccoon has got a two-record deal – the first real money he has ever had. It means he will no longer have to race Jin-Dong Choi, the marimba master, for the prime busking spot at the Pape subway station. But it also means he has to accept production direction from Bobby G, late of funky Philadelphia, who has no idea at all what Johnny’s music is about.

Tanner has a gift for detail, he keeps the beer orders straight and, a professional musician himself, is authoritative writing about “the transition into the final B-flat, C, D-minor section”. But it is not all beer and guitar licks: Tanner gives sensitive, smart and convincing portraits of two marriages, one happy, the other heading for trouble.

Toronto is the background throughout the novel. This Toronto is actually a pretty interesting place to live – Toronto on the cusp of Spring, south of St. Clair, downtown, where the crazies on the TTC pass unnoticed by the suburbanites in the golden towers. Tanner’s descriptions of getting around in downtown Toronto, whether driving in Johnny Raccoon’s aptly named car, the “Roach” or weaving on to the last subway train after a half-dozen too many drinks get the pleasures of the city just right.

The collisions between reality and dreams at the heart of Acting the Giddy Goat reach their climax as one of Toronto’s wonderful, fierce, thunderstorms purges the city. Tanner is not trite enough to resolve all his characters’ destinies as the electricity flicks on and off. Instead, Dionysus runs rampant, Rebellion Ale is drunk by the jug and, in the un-air-conditioned
dark of the Horse and Groom, a wonderfully hedonistic full-on party breaks out.

Acting the Giddy Goat avoids most of the mistakes that mar first novels. Tanner has lived enough and done enough to have lots of material. In his early forties, a world class field hocky player, a veteran of literally thousands of bar gigs with his own cover band, a new father, Tanner has a perspective that 23-year-olds rushing their creative writing projects to print do not. Most of all, Tanner just loves writing and is damned good at it.

There are set pieces in the novel – Adam Allman going to his gym to be assailed by the ghastly Grunt Brothers who make repulsive noises as they pump iron, Johnny Raccoon racing for his busking spot, dinner with the most revolting Canadian family I have encountered in print – and each is spun out to let the reader appreciate the characters and their point of view. Even the passages of Brewmaster Bill’s journal that talk about writing – an almost certain kiss of death in a first novel – are amusing, lightly handled and true.

Very occasionally Tanner seems to lose his thread. There is, perhaps, a bit too much about the tribulations of Johnny Raccoon and his band, but these last no more than a couple of pages and often Tanner’s writing is such fun to read that being a bit lost is no great hardship.

The answer to the question, “Should I settle for this?” is often, “Why ask?” Some of Tanner’s characters get it, some don’t, some need more time. Most are working like the sculptor Henry Moore who, according to Adam Allman, asked how he’d sculpted an elephant out of a block of ice: “He said it was easy. All he had to do was to get the block of ice into his studio and chip away everything that didn’t look like an elephant.” Adam goes on, “Have to chip away everything that doesn’t feel like my life.”

Acting the Giddy Goat made me laugh and made me think: Novels don’t get better than that.